Author of "Walter Plume and the Dehydrated Imagination"

“Marie Curie” rehearsals have begun, once again, in preparation for the Hollywood Fringe Festival. The lines have come back to me with relative ease. Thank the Lord!

What is so great about theatre is that the show is in constant progress. Even though my previous performances were sound, I believe there are always areas where I can dig a little deeper and gain more understanding — hopefully resulting in an even more moving and believable performance. I found the following quote and I thought, “Yes! This is what I’m trying to say”:

“If you are to do justice to [the great roles], you must fly up to them — rather than dragging them down to you — by expanding your range of knowledge and strengthening your imagination. Your imagination must become as real to you as your memories and feelings. What you take into yourself about psychology, politics, sociology, history and so on, will allow you to reach places in yourself you didn’t know existed.” ~ Harold Guskin 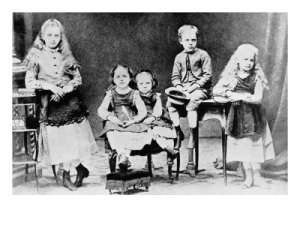 So, I have done most of this work already but with the extra time, I have read more of “Madame Curie,” a biography by Eve Curie, Marie’s daughter. It’s been absolutely delightful to read about Marie as a child. To see the image Eve painted of her, absorbed in a good book, unmoved by her sisters’ and cousins’ teasing and jokes. 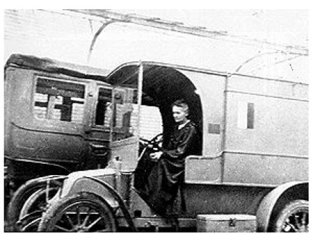 I have also developed the World War I scene. I had already watched war footage in preparation for the beginning of the tour; however, performing the scene to war sounds playing in the background generates a clear sense memory. In the live production there are no sound effects, so they need to be defined within me.

Guskin continued, “No line, no image, no thought can be left general. Each must be specific and personal. Your work is not complete until this is so.”  I like to make specific choices for every moment. Then, guided by those choices, I can ebb and flow with the energy of the audience. Each performance is the same in regards to preparation, and yet it is open and flexible each night.

Thus, I have only begun to study and explore this incredible character.