Author of "Walter Plume and the Dehydrated Imagination"

Children are so real and straightforward. My husband and I serve in the “Blue Room” every other Sunday morning at church. The kids range from two to four years old.  We always have a story to tell when we walk away from that rambunctious storm of emotions and brutal honesty.  Recently, during one of their imaginative playground games with distinctly defined rules, one of the boys yelled at the other. In response the other boy said, “You yelled at my heart!” I think adults feel the exact same way sometimes but we can’t quite express our feelings with such a poignant statement.

I recently wrote several stories for a Kindergarten story contest. Here is one that reflects children’s sincerity of heart.   It didn’t make the final cut for submission but it turned out pretty sweet in more ways then one.

Petey and His Ice Cream Cone

Petey sits on the curb and licks his ice cream cone. He loves ice cream. It is cool and sweet. This is the best treat he has ever had.

Oh look, across the street sits a boy from school. He looks at Petey and his ice cream, too.

Petey takes another lick and smiles. He looks both ways, then crosses the street. He sits down and hands his cone to the boy. “Sorry, it is a little sticky,” Petey says.

The boy takes a lick of the ice cream and grins. Then Petey looks to his left and he looks to his right. He is not alone there is a new friend in sight. 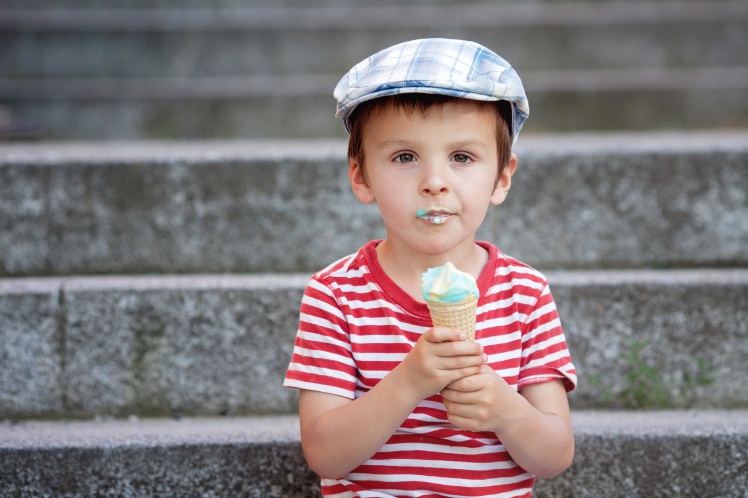